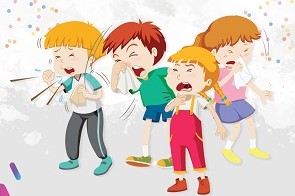 On September 9, a national symposium “Cough in children” was held in the organization of KBC “Dr. Dragiša MIšović-Dedinje” in Belgrade. More than 100 pediatricians and pulmonologists gathered at the Holiday Inn hotel.

Eminent lecturers presented topics dealing with the prevention and treatment of various causes of cough in children. Among other things, there was talk about the importance of clean air, as well as a cough as a companion to allergic diseases.
The symposium was highly rated by the professional public, and KBC “Dr. Dragiša Mišović-Dedinje” traditionally proved to be a good host that gathers top experts and chooses contemporary and current topics. The symposium was accredited by the Health Council of Serbia, and the participants received the maximum number of medical education points.
It was concluded that in the last few years there has been a significant increase in allergic diseases, which is connected to the change in environmental conditions and the modern way of life. Allergic diseases are manifested by eczema in the first year of a baby’s life, frequent bronchospasms, ear infections, and allergic rhinitis.

Cough is one of the most common manifestations of an allergic reaction, but it can also be a consequence of daily air pollution exposure. Increased concentrations of soot particles, sulfur dioxide, ozone, and nitrogen dioxide are associated with worsening respiratory symptoms and hospital admissions. Doctors concluded that the disease should be treated, but primary prevention is also important, which involves creating a healthier environment (especially in settlements with a high rate of air pollution).

Healthy children are the goal of every nation, and HEART’s goal is to enable them to grow up healthier in urban areas by changing urban planning policies.