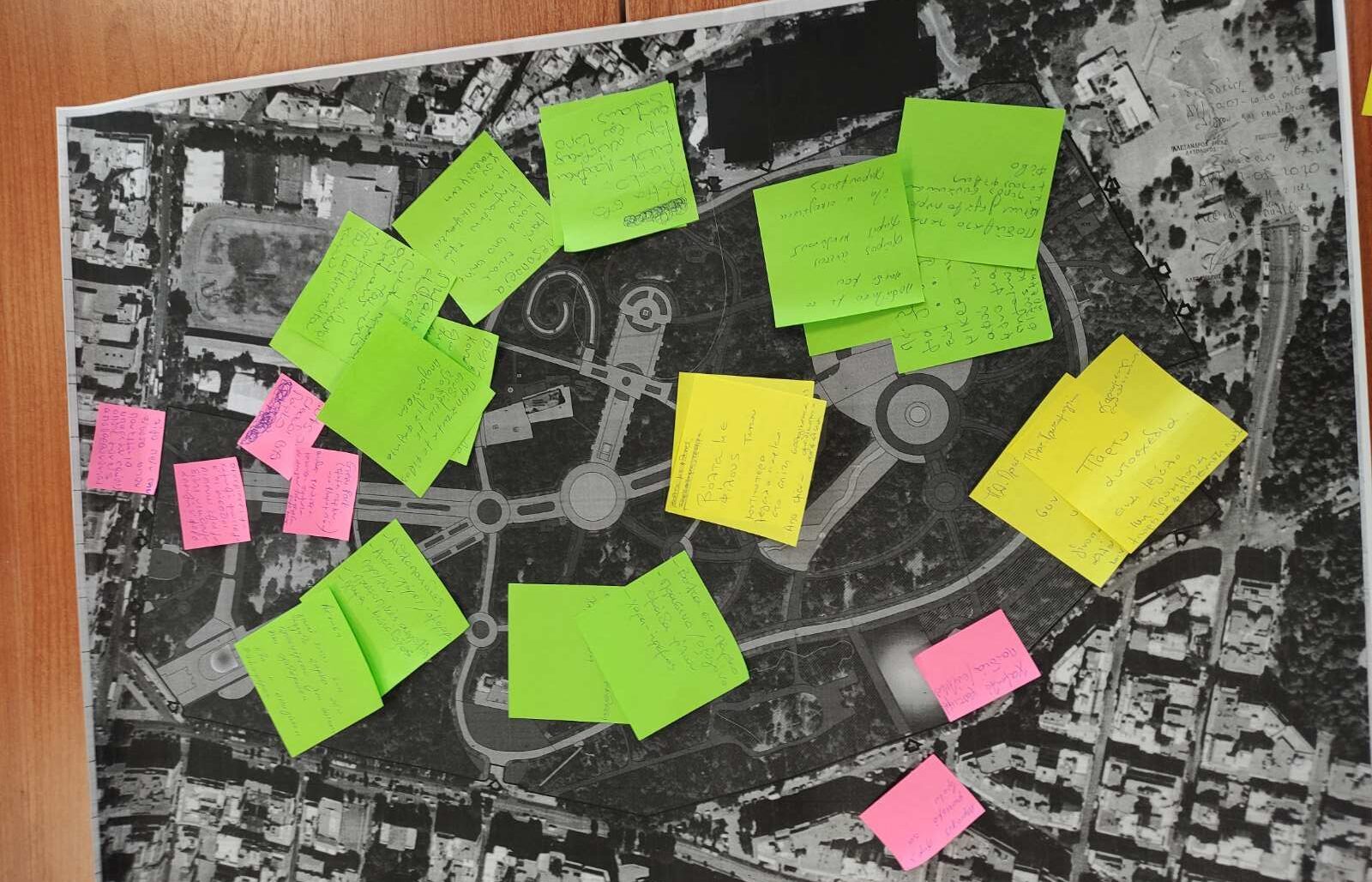 Athens: The Gamification of Health

A voluminous interactive workshop was held recently in Athens, gathering citizens who are frequent users of the HEART demo location, the Pedion Areos Park. These visitors come here for a variety of reasons and needs, have different expectations of what it should look like in the future, but unequivocally state the need for improvements, especially those allowing them to freely get in touch with nature. Here’s what they said.

Among 20 participants majority being women, they mostly see this area as excellent for exercising, walking, running while accompanying kids at playgrounds, and attending kids’ events. They appreciate the fact that this park is the single biggest green, freely accessible space around, but are aware that it also serves a large, underprivileged, and densely populated area. -.

And even though they claim it to be beneficial for social health, thus providing opportunities for different groups to hang out in various activities, the visitors underline that some trees and plants can also have negative effects, as they exacerbate allergies, especially through springtime.

On the other hand, the feeling of insecurity and anxiety, specifically during the evening and early night hours, naturally discourages them from visiting more often and freely. To mend all these, citizens recommend more efficient lighting in the park, along with the constant presence of security officers. They draw attention to the deficient cleanliness, plant care, and general maintenance of the greenery, but also maintaining the water infrastructure, especially potable water facilities… Participants of the survey suggested that the provision of a free Wi-Fi network, as well as outdoor gym equipment, could improve the experience for the park users.

NO ONE LEFT BEHIND

Despite the similar outlook at the location as it is now, citizens have shown rather diverse aspirations, talking about the future use of the space.

While some would prefer more organized cultural and social events, a couple suggested citizens should be allowed to organize their events in the park. Many of them pointed out the boosting of greenery and other natural elements as an invitation to interact and benefit more from nature. Nevertheless, they all met at one point: it is crucial that the park remains accessible and affordable for everyone and not become overly commercialized. It is to be assumed that citizens notice the worldwide trend of putting too many amusement parks, even sports courts and similar content which has to be paid for, thus repellent to many of those headed to the park simply for fresh air or hanging out with friends and family.

As one of the main tools for measuring and collecting health data from the citizens visiting our demo locations are the biometric wearable devices, we asked our participants their opinion.

Even though they weren’t particularly interested in those devices and the usage of technology to promote a healthier and active lifestyle, they were rather engaged in the social aspects of the techs and gadgets.

So instead of wearing wristbands, they found it way more intriguing to have stand-alone info-kiosks throughout the park, providing data on the particular benefits of the park and suggestions of activities that could lead to better overall health.

Last but not least, as the most advanced promotion of healthy lifestyles, they suggested gamification. Developing an app setting particular goals for the park visitors, and promoting competition among them, would skyrocket their engagement, interest, and the feeling of belonging to the place.

Belgrade: The Voices of Older People To Be Heard