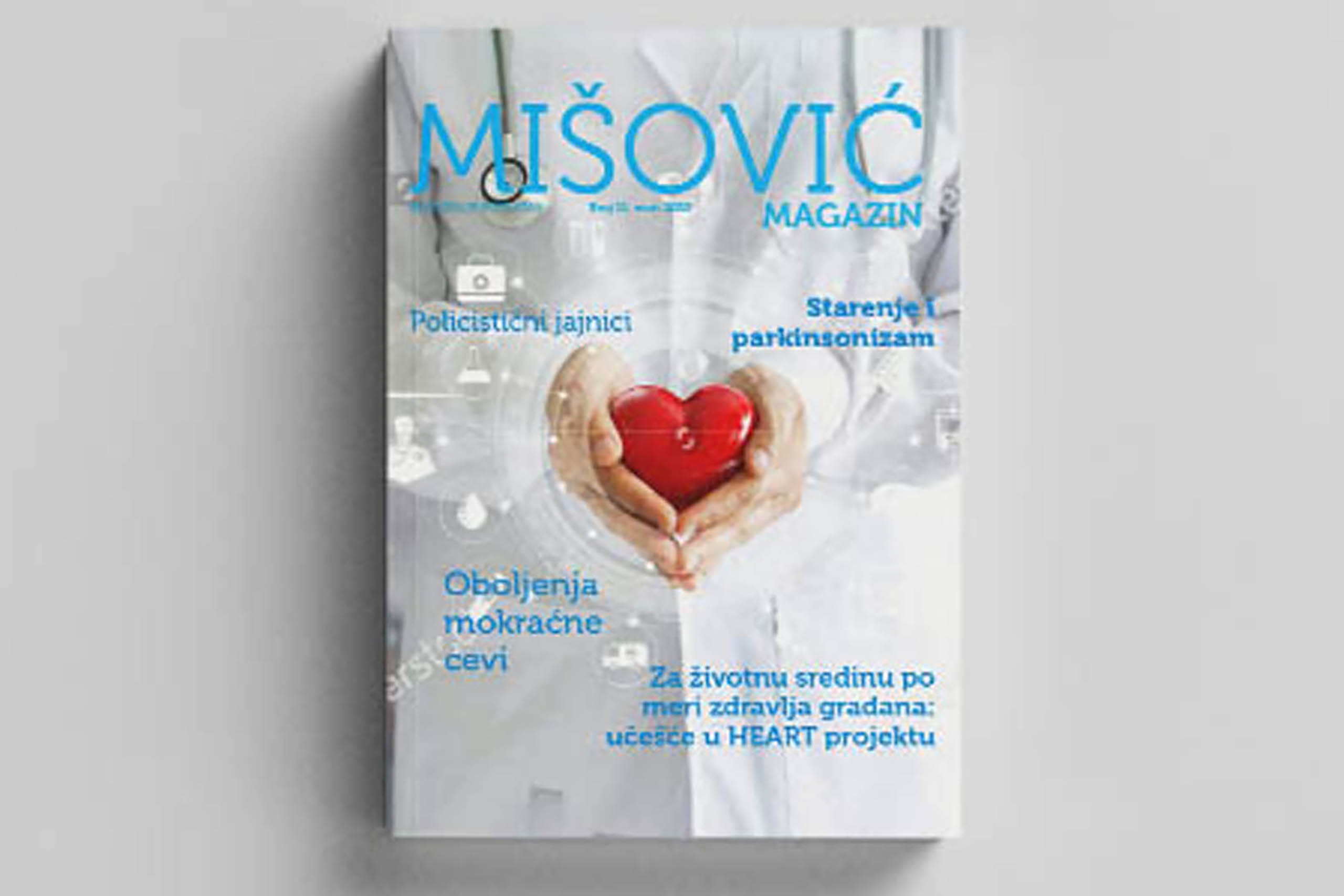 The article “For the urban environment tailored to fit health: participation in the HEART project” was published in the “Mišović Magazine” aiming to inform the wide community and patients of DRM about activities regarding the HEART project.

The “Mišovic magazine” is intended for the DRM patients who read it in the waiting rooms, when visiting the medical center, and then take them home to their families to share information about the prevention and treatment of various diseases. 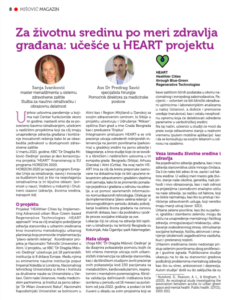 The article about the HEART project shows in an affirmative manner the care that the DRM staff puts into patients’ health and wellbeing even outside the hospital fences. This text is intended for employees of the DRM, also, and for colleagues from other health institutions in order to promote care for the health and wellbeing of our citizens using best practices from the EU and implementing solutions that will possibly result in reducing health costs.
Issue 11 of the “Mišović magazine” was distributed in April to assist in the recruitment process, presenting all the benefits of participation to potential volunteers in the clinical study.

Authors have presented that the individual health of citizens, as well as the level of health of the population, is influenced by many factors. Whether someone will be healthy or not depends on environmental factors. To a large extent, the place where we live, the state of our environment, genetics, our income and level of education, as well as our relationships with friends and family significantly affect our health, unlike factors that are more often considered, such as access to and use of health services, which often have less impact (source: WHO). Urban green spaces, such as parks, playgrounds, and residential greenery, can improve mental and physical health by enabling relaxation, alleviating daily stress, stimulating social cohesion, and physical activity, and reducing exposure to air pollutants, noise, and excessive heat. Urban areas often lack access to green spaces due to the proliferation and density of buildings. Published studies indicate those city dwellers are more susceptible to mental health problems such as stress, anxiety, and depression. The authors of one study concluded that the reduced distance of usable green areas, as well as the higher share of green areas within the settlement, were associated with a smaller number of treatments for anxiety/mood disorders. Patients with chronic obstructive pulmonary disease and asthma are one of the most vulnerable groups in urban areas, which are greatly influenced by environmental factors. It is known from the available literature that climate change, changes in air temperature, and exposure to air pollution can cause worsening of these respiratory diseases and this fact alone is reason enough to justify work on the prevention of COPD and exacerbation of asthma, reducing risk factors. Some studies have shown the importance of increasing the density of green areas in reducing mortality from respiratory diseases. Walking, cycling and moderate daily outdoor activities have a positive effect on glucose concentration, but more intense activities, such as running, swimming, and sports, have a greater and better effect on blood sugar control. Physical activity has been shown to delay or prevent the progression of glucose intolerance leading to diabetes. People who are moderately physically active 150 minutes a week have a 26% lower risk of developing type 2 diabetes than those who are inactive. Conclusions from the international literature suggest that environmental impact is one of the determining factors of cardiovascular risk, and a factor that has a great influence on the progression of existing cardiovascular disease. The cardiovascular effects of air pollution are especially pronounced in people with metabolic syndrome because the already existing oxidative stress in metabolic syndrome increases with air pollution, which leads to the development of cardiovascular diseases. All these facts imply that the prevention of metabolic syndrome is of the utmost importance and all environmental factors that may contribute to this must be seriously considered. The modern way of life is sedentary, with minimal physical activity and staying in nature, low exposure to sunlight, and other natural elements. An observational study in Australia found that the need for hospitalization of cardiovascular patients was 37% lower in patients living in “green zones”. Low exposure to sunlight leading to a decrease in vitamin D levels is associated with resistant hypertension as well as myocardial infarction, heart failure, and sudden heart attack. Taking all of the above into account, it is clear that negative environmental factors (eg pollution air, noise exposure, extreme air temperatures) play a major role in the pathophysiology of cardiovascular, metabolic, respiratory, and psychiatric diseases.

This and many other informative&educational articles can be found HERE.